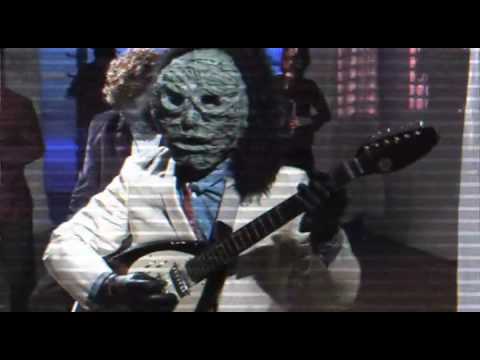 Go to source
Phoaming Edison perform Wichita Lineman sometime after Mordecai took over “The Inn Spot”. Later he changed the name. This is probably the 2nd or 3rd show. Most of us just new him as Mordy Hickok (spelled Morde?) the early AM host of the Morde Hickok show here in New York in the early 70s but occasionally found on reruns in the eighties before MTV. He took over a low rent show called The Inn Spot and made it his own. But the whole thing couldnt have lasted more than a year or two, because it always seemed like the same shows played over & over in re-run. This show made the low rent Joe Franklin show look like the Tonight show in comparison. No, this was small & local (was it WPIX?). Just like Joe Franklin was into Hollywoods golden age, Morde was into magic. He would say things like; This next song will put a spell on you right through the TV transmission. Always making reference to spells and magic being worked through him onto us through the TV. He constantly seemed deadly serious about this. He had all the magic acts that he had booked in the Catskills make appearances on the show. He had been booking magic acts all over the country since the late 50s and was evidently close friends with Jack Ruby and was a booker for his clubs in Dallas. He came to New York in the 60s & may have been a minor figure in the Kenneth Anger crowd. He showed strange films and booked guests ranging from college professors to strip club comics. He also booked local music acts or got touring bands to stop by. Bands you had never seen or heard even of before. I am still looking for some of those records. The show disappeared & so did Morde. His body was never found but there was suspicion of foul play connected with his disappearance in the late 70s. He was hanging out with a crowd associated with Voodoo & suspected of participating in illegal blood rituals out on Roosevelt Island. He had no family, but he left behind a brownstone apparently filled with arcane magic props and a vast library but no copies of his short lived show.