This insane lover of yours has a habit of his own. 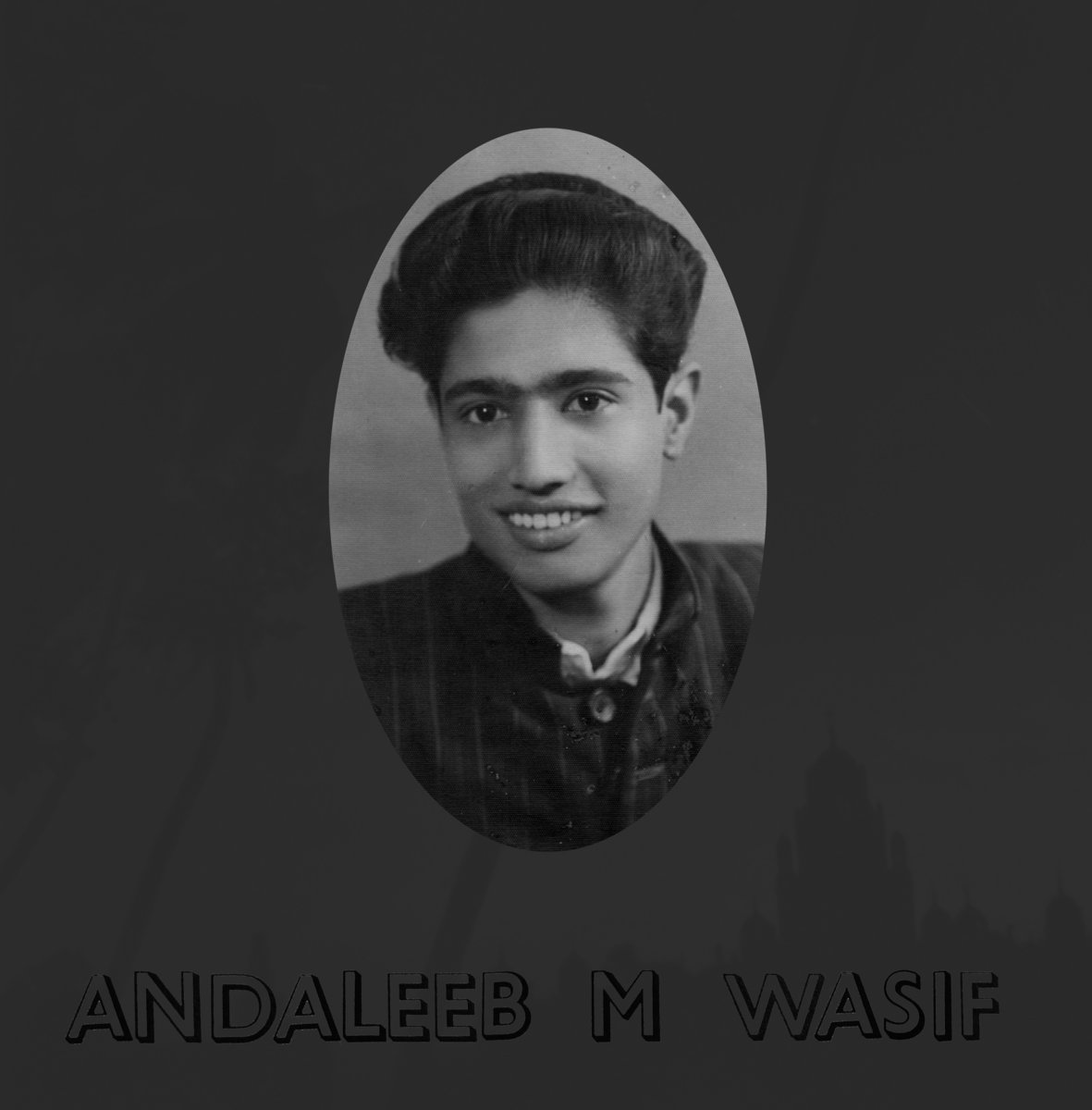 Andaleeb Wasif was born in a well-known family of Hyderabad, India. A self-taught singer and harmonium player, he began performing as a youth – impressing The Nizam, His Exalted Highness (HEH) Mir Osman Ali Khan and continued developing his style through his young adulthood.

While studying architecture in Bombay (Mumbai) at Sir J.J. School of Arts, his natural talent of music and performances grew in acclaim and he won a number of prominent competitions including The Golden Voice of Bombay, The K.L. Saigal and The Lata Mangeshkar awards. He was recognized and honored by numerous film stars and singers of 1960s Bollywood along with film directors like Anil Biswas. Though he was sought after, he never pursued a career making music for the silver screen. Several famous voices of Bollywood were at one time students of Andaleeb, who was respected as a vocal teacher of ghazals.

Most of the ghazals Andaleeb is best known for, were written by poets such as Sahir Ludhyanwi, Akbar Hyderabadi, Faiz Ahmad Faiz, and Farig Bukahri all of whom he knew personally.

Andaleeb’s renditions are spiritual, mystical, enigmatic and filled with pathos, and are always timeless and ethereal.